Posted by crabsallover at 16:07 No comments:

In future I will be blogging mostly about Creationism v Evolution on the BHA Science blog or HASSERS blog.
Posted by crabsallover at 08:15 No comments:

Evolution Education Flyer - from The Brights

This educational flyer summarizes the facts about the scientific theory for a general nonscientific audience and recommends suitable and accessible explanatory resources. It is a product of collaboration by 22 members of the Brights' Action Forum (2009).

Posted by crabsallover at 12:00 No comments:

More than half of British adults think that intelligent design and creationism should be taught alongside evolution in schoolscience lessons – a proportion higher than in the US.

An Ipsos Mori survey questioned 11,768 adults from 10 countries on how the theory of evolution should be taught in school science lessons.

About 54% of the 973 polled Britons agreed with the view: "Evolutionary theories should be taught in science lessons in schools together with other possible perspectives, such as intelligent design and creationism."

In the US, of 991 adults responding to the survey, which was organised by the British Council, 51% agreed that evolution should be on the curriculum alongside other theories, like intelligent design.

Across the 10 countries, 43% agreed with this statement.

It was found that Britons were almost three times more likely than Egyptians to want creationism and intelligent design to be included in the teaching of evolution.

Creationism holds that the origins of humanity and the Earth are recent and divine, as related in the book of Genesis. Strict creationists believe Adam and Eve are the mother and father of humanity and that God created the Earth in six days. Advocates of intelligent design argue that some features of the universe and nature are so complex they must have been designed by a higher intelligence.

The UK government has been quick to denounce creationism and intelligent design as unrecognised scientific theory that did not meet the requirements of the national curriculum, but it has said that young people can "discuss creationism as part of their religious education classes".

Neither the primary nor secondary school science curriculums mention creationism or intelligent design.

Prominent scientists and teaching unions have expressed shock at the poll's findings.


Lewis Wolpert, emeritus professor of biology at University College London (UCL), who is vice-president of the British Humanist Association, said: "I am appalled. It shows how ignorant the public is. Intelligent design and creationism have no connection with science and are purely religious concepts. There is no evidence for them at all. They must be kept out of science lessons."


Steve Jones, professor of genetics at UCL, said: "This shows the danger of religions being allowed to buy schools, hijack lessons and pretend that they have anything useful to say about science – which, by definition, they do not. The figure seems much too high, although no doubt there is a substantial minority that does think this."


Christine Blower, acting general secretary of the National Union of Teachers, said: "It would be wholly wrong to include creationism in the science curriculum. An overwhelming body of evidence, not assertion, supports the concept of evolution and therefore evolution must form the basis of the science curriculum. Consideration of creationism might not be out of place in religious education."


Teachers were not expressing concern that they were under pressure to teach creationism and intelligent design, teaching unions said.


But Alison Ryan, policy adviser of the Association of Teachers and Lecturers Union, said that if a "good teacher handled the lesson", presenting creationism and intelligent design need not be problematic. "Science teachers could introduce creationism as a theory that some people hold, but that is not based on evidence."


Speaking in a personal capacity, Andy McIntosh, professor of thermodynamics and combustion theory at Leeds University, said: "There is room for any scientific position which isn't necessarily from an evolutionary base. We need to follow where the evidence leads and we shouldn't presuppose that the evidence will necessary lead to a naturalistic or materialistic explanation. We must be open to the possibility that information can come from a higher intelligence, but we mustn't assume that."

Fern Elsdon-Baker, head of the British Council's Darwin Now programme, which celebrates the 200th anniversary of Darwin's birthday this year, said the poll raised a debate about how effectively evolutionary science was communicated both inside and outside the classroom.

She said: "Overall these results may reflect the need for a more sophisticated approach to teaching and communicating how science works as a process."

• This article was amended on 27 October 2009. The original omitted to make clear that Professor Andy McIntosh of Leeds University was speaking in a personal capacity.

Evolution v Creation - EvC - a huge resource on the internet

I found this site via a link in New Scientist article on Evolution.

Dipping into EvC forums I found for instance Science forums, a sub forum on Big Bang and Cosmology and a post Before Big Bang: God or Singularity
with a Closing Assessment

about understanding science "...what this thread makes clear is that you can only explain something to someone who already believes it is true. If they believe it is false then they'll find every excuse and opportunity to avoid reaching an understanding. But this practice isn't unique to those approaching science from a spiritual perspective, it is also true of the reverse, as we often see when science minded folks ask Christians about the Trinity. So the problem becomes how do you explain something to someone who doesn't believe it and only wants to disprove it? We can argue that one doesn't have to accept it, just understand it, but this turns out not to be so easy to do, for anyone from either side of this debate. "
Posted by crabsallover at 07:35 No comments:

When societal resistance to the science behind evolution comes up for discussion, it's often an occasion for European readers to ask (with varying degrees of politeness) whether the US has lost its collective marbles. Any sense of superiority they derive from viewing the rejection of science as an American phenomenon, however, should have evaporated in recent years as creationist efforts have popped up throughout Europe, including within several governments. The situation has now reached the point where European governments have felt compelled to address the issue. More..

Posted by crabsallover at 02:03 No comments:

Creationism - how to respond?

Creationism - how to respond? 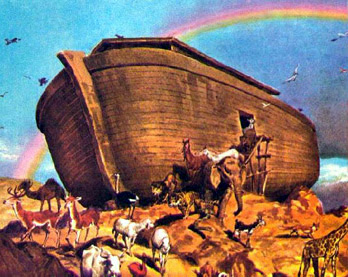 If you have ever had a conversation with a creationist of the "young earth" variety (who believe the entire universe is less than 10K years old, with all species created by God as described in Genesis), you'll know it is a frustrating experience.

Point to the fossil record, say, or light from distant stars, or carbon dating, or tectonic plate movement, etc. as evidence of a much older universe, and you will find they have prepared answers, supplied, for example, by the multi-million dollar funded Institute for Creation Research.

There are also innumerable creationist resources on the web, such as at www.christiananswers.net.

I'd like to discuss how best to respond to young earth creationists when you come across them (I've come across quite a few in British Schools, recently - including one teaching science in a leading public school).

Posted by crabsallover at 22:06 No comments: